The Fish in the Bathtub 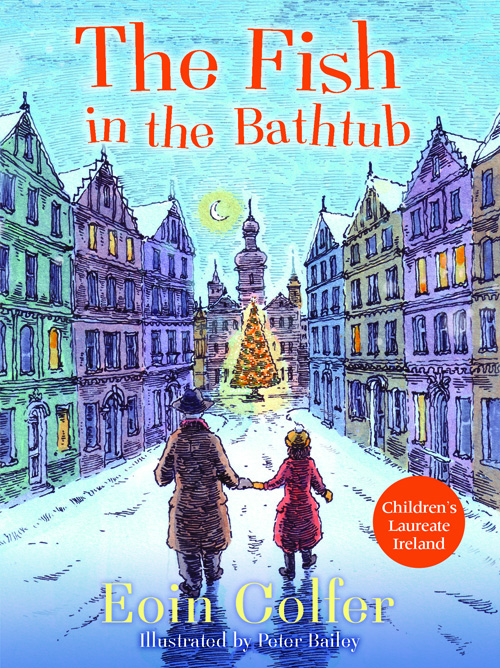 The Fish in the Bathtub

Author
Eoin Colfer
Age Group
8+
Book Format
Paperback
Book Types
Fiction
Set in 70s Poland, A Fish in the Bathtub is the moving story of Lucja and her rebellious grandfather Feliks. After years of oppression under Hitler and Stalin, Feliks has decided to have a traditional carp dinner for Christmas and buys a live fish on the black market. But Lucja falls in love with the carp as it awaits its fate in the bathtub. The book weaves Lucja’s developing fondness for the fish into Feliks’ memories of the war, mixing serious moments of reflection with light-hearted playfulness. The story is bursting with ideas to explore with parents or grandparents, relationships to discuss and history to discover. Lucja’s strong will and sense of injustice makes her someone to root for, and the moral of the story – self sacrifice as love – may move a few readers to tears. The lovely detailed illustrations, short chapters and chunky fonts make it a very satisfying read. - Marion Bourbouze, Director at Imaginate