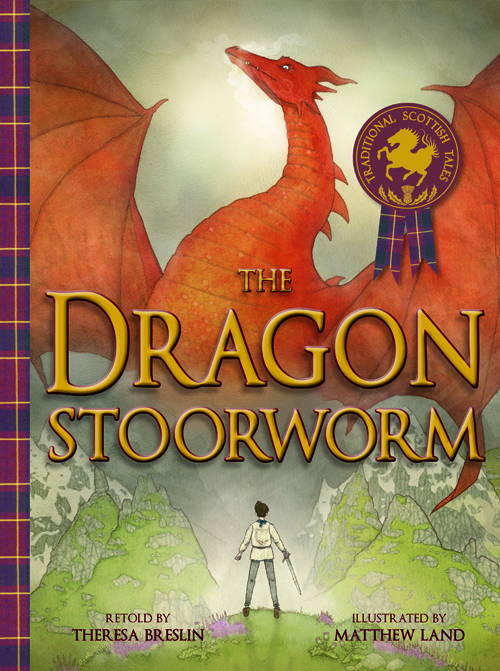 Author
Theresa Breslin
Age Group
8+
Book Format
Paperback
Book Types
Picture book
Princess Gemdelovely, the king’s daughter, wants to choose the person she will marry – but first they have to free Scotland from the Dragon Stoorworm. Dragon Stoorworm is the biggest dragon ever and it’s eating whole herds of sheep, drinking dry most of the lochs and burning half of the crops with the flames that shoot out of its mouth! When Princess Gemdelovely and Assipattle meet and get to know each other, they decide to set off armed with the king’s sword to get rid of the Dragon Stoorworm. But can they do what many warriors before them have failed to do? Can this adventurous and courageous princess and her young man find a way to defeat such a fearsome dragon? And if they do what will happen to the dragon? Will Princess Gemdelovely and Assipattle live happily together in Scotland? Find out the answers in this beautifully illustrated and totally thrilling traditional Scottish folk tale. - Helen Adair, Librarian