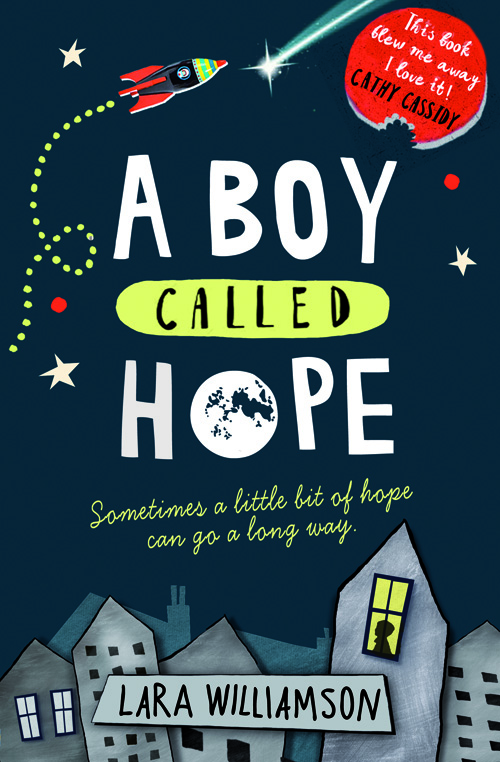 Dan Hope has a list of things he wants to come true. He wants his sister, Ninja Grace, to go to university at the North Pole and only come back once a year. He wants to help Sherlock Holmes solve a daring mystery, preferably a zombie one. He wants to be the first 11-yearold to land on the moon, and he wants his Dad to love him. When Dan’s dad, who moved out when Dan was seven, appears on TV as a presenter, Dan decides to track him down. Things do not go smoothly. With fights at school, boyfriend trouble for his sister and his mum and a pet dog who is constantly sick on the carpet, Dan has his hands full. Luckily, he has plenty of genius ideas and never gives up. In this bittersweet, laughout- loud story, a little bit of hope goes a long way. - Lindsay McKrell, Writer & Librarian