Planning a Week of Reading Activities 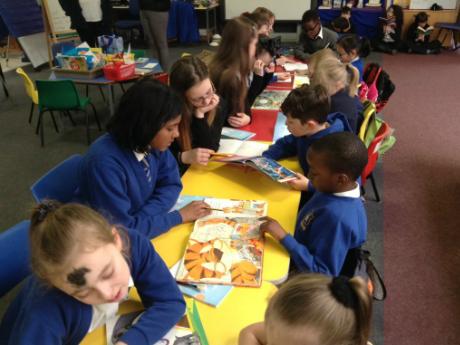 For more on Our Lady's Book Week activities, read Part I of this post: Planning for a Celebration of Reading.

Three weeks before the week began, I consulted with the Pupil Council to give them a run-down of the current plans and to ask them for their input. They came up with several suggestions, including teachers swapping classes to read books, children presenting their favourite books to each other in class, quizzes based on books and a treasure hunt. I promised to give each idea some thought and to try to fit it into the schedule for the week. I was captured by the idea of a quiz and a treasure hunt and took this to my P7 teacher. With his support, the P7 class combined both ideas and came up with their own Treasure Hunt Quiz. They put together 14 clues which would direct their peers to where a riddle would be found. The riddle had to be solved, the answer being a book or character, and the answer written on the record sheet. In some cases, there were extra clues to help the children come up with the correct answer. First thing in the morning the P7s took their riddles and clues and placed them round the school. We did the hunt in two halves. First, P1 and P6 were paired together and P3 worked on their own. Then, P2 and P5 were paired together and P4 worked on their own. Within the classes, the children worked in pairs to decipher the riddles and get the correct answers. The children absolutely loved this activity! 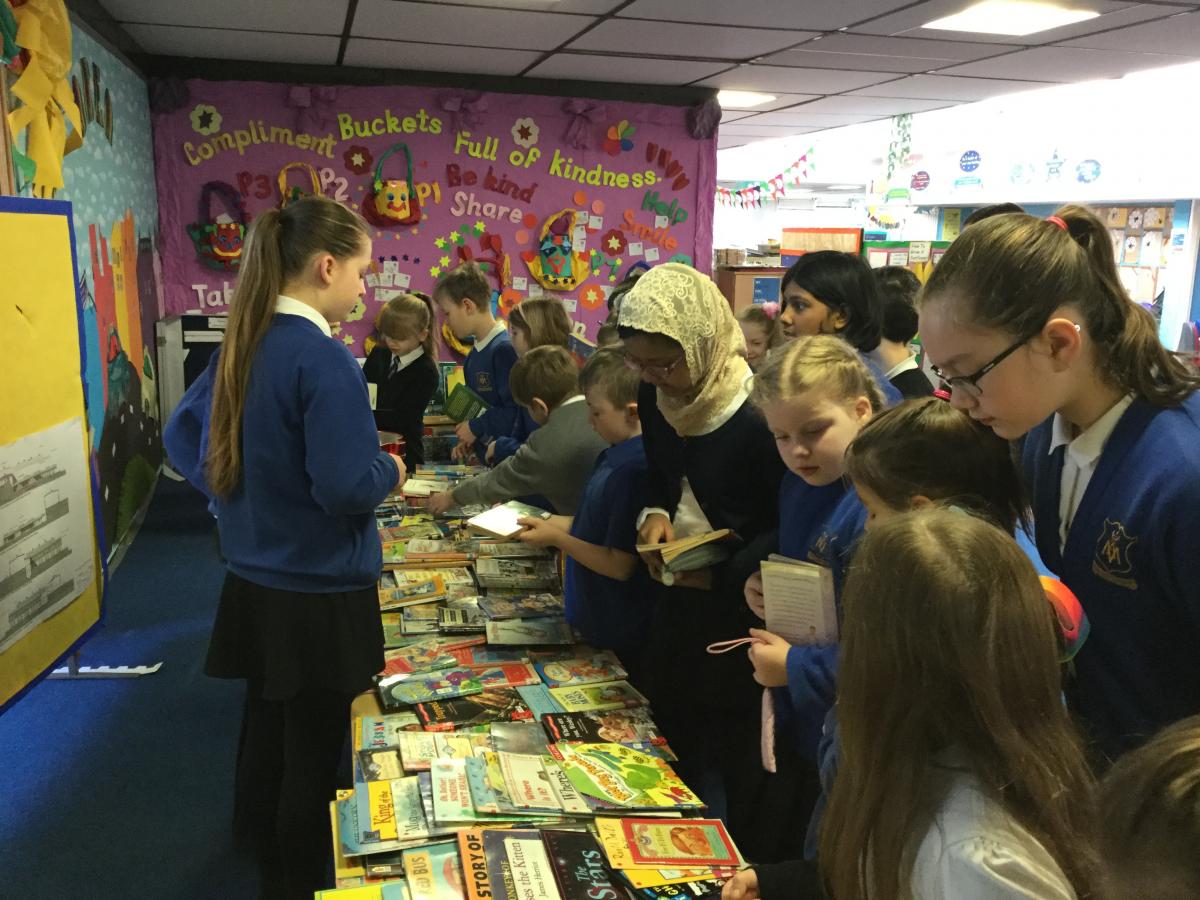 Also around this time, we started work on sorting out our school library. With the help of Anne Leslie, a Resources Development Officer for Dundee City Council, we identified a selection of books which were no longer relevant for the school library. However, as there was nothing wrong with them, and knowing how much our children love to read, I decided to offer the books to them for 10p per book. During Book Week the Book Sale was open for children to peruse the offerings and buy books they wanted to read. It was also open after school to allow parents the opportunity to join in the fun. The money made by selling books has now been spent on buying new books for the library.

Two weeks before WBW, I launched the Family Photo Competition during an assembly, which encouraged the children to involve their families in finding the most unusual places to read their books. The staff started with entering their ideas and I displayed them as a stimulus for the children. I am aware that not all families have access to printers, so I offered them the opportunity to email their photos to me and I printed them in school. We encouraged the children to read their books in unusual places and in unusual ways. The response was great. We had children reading books while doing a handstand, hanging upside down from an exercise bar, sitting in a dog’s cage and one of our P7 girls was even captured reading her book whilst at a Sigala concert. The most time-consuming part of this was printing the photo and accompanying words, and then displaying them. I felt it was important to display the photos as quickly as I could. Therefore, each morning my first task was to print photos and words of explanation and display them before the children arrived in school.

A week of reading challenges and book-related activities

During the week the children also participated in many book-related challenges and activities. They were asked to design a new bookmark to show their favourite book or character. P1-P3 were given pictures to colour and decorate whilst P4-P7 were challenged to draw their designs freehand. In return for designing a bookmark the children were given their World Book Day Tokens. There was also a small prize on offer! This was a hotly contested competition!

One of the favourite activities was a Where’s Wally? Hunt, which was one of the activities suggested by the World Book Day foundation. After school, I hid 12 little pictures of Wally around the school and challenged the children to find him! Some were easier than others. In fact, number 11 was so well hidden that the P7s were begging me to give them extra clues! The children had the opportunity to work individually, with a partner or in a group to find all twelve pictures. As the teachers and staff of the school were not around when Wally was hidden, they all played along too. This was a wonderful activity.

World Book Day itself saw the whole school, children and adults alike, dress up as their favourite book characters. There was a sharing of costume choices within classes, a whole school parade in the playground and prizes awarded for the most inventive costumes; three children and one staff member. We all had such a great day!

On top of all of this, our week included several other activities, carried out in classes, which were devised by individual teachers. We also had a couple of classes visit the local library as part of their four-week cycle of visits.

To end the week, we had a celebration assembly where winners were announced and prizes given. I am in no doubt we are well on our way to developing a real reading culture within Our Lady’s Primary School. Our children are telling us that they are enjoying reading much more than they did before. Our P5 children are even asking for more time to read their books!

Planning an event such as World Book Week is a big undertaking; however, the benefits are certainly worth it. Don’t be afraid to aim big as the rewards are incredible. I may have gone home utterly exhausted at the end of the week, but my heart was full and content!